For October's game I collabed with the great Jynnie Tang!! Which basically means we came up with an idea late night over juice and decided "hey let's try and make it happen".

The core concept we wanted to reach was the feeling of excitement when playing together with friends and someone pulls off an amazing move. As a dorm, we often play games together in our main lounge, and I've come to really enjoy couch co-op as a game style. We wanted to capture some of that feeling by creating a super lightweight arena-style minigame, where anyone could join in by using their phone. 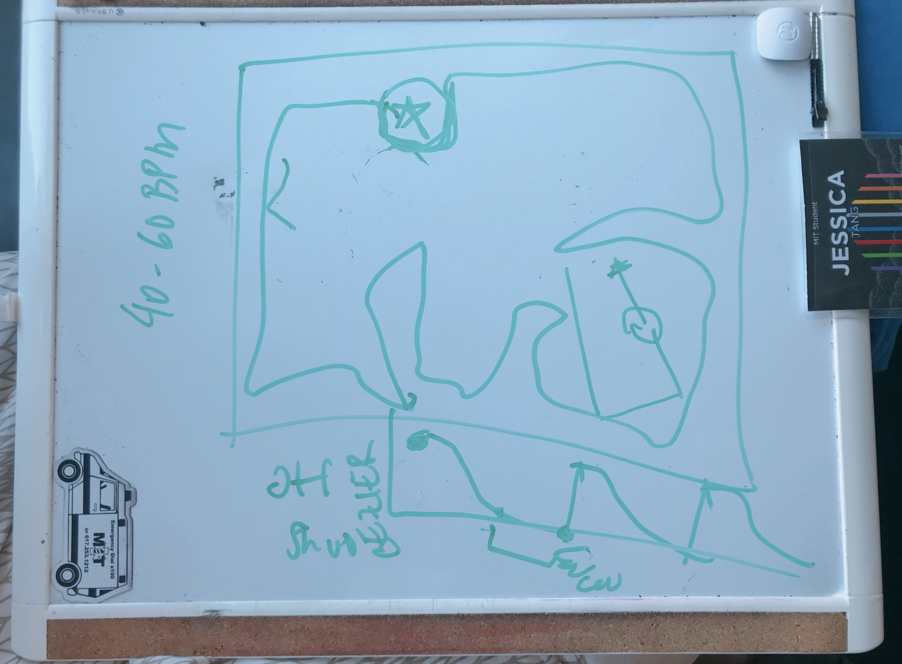 With that in mind, we started work on what would become known as Jopper. The game was centered around the beat of "" -- rather than continuously control your character, you can only adjust your velocity when the beat hits. At the same time, your character will shoot a projectile behind you, so it's up to the player to decide if they want to move around or try and line up a shot.

After a bit of tinkering in Unity, we managed to build a very basic stage for the game! Every two seconds, the player will launch towards the mouse cursor, bouncing off any walls it happens to encounter.

Of course, if the game was to be multiplayer, we couldn't just use one player. I had to rewrite a bit of the core engine to work smoothly, but the game was now playable with multiple players on the same field! I also added in a line to show just how far and in what direction the player would launch. 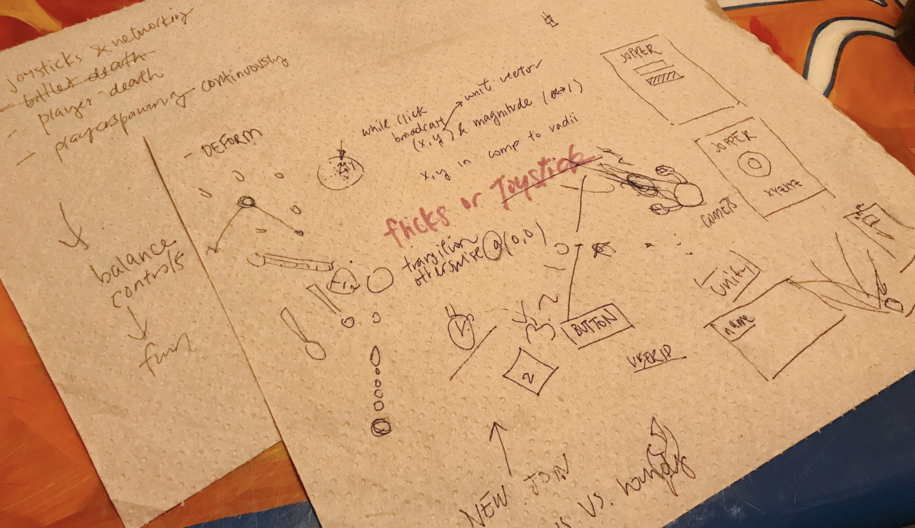 At this point we went for burgers and brainstormed on a napkin. Some cool ideas came out, such as slowing down time during the aiming period and how to structure the phone's touch control scheme. 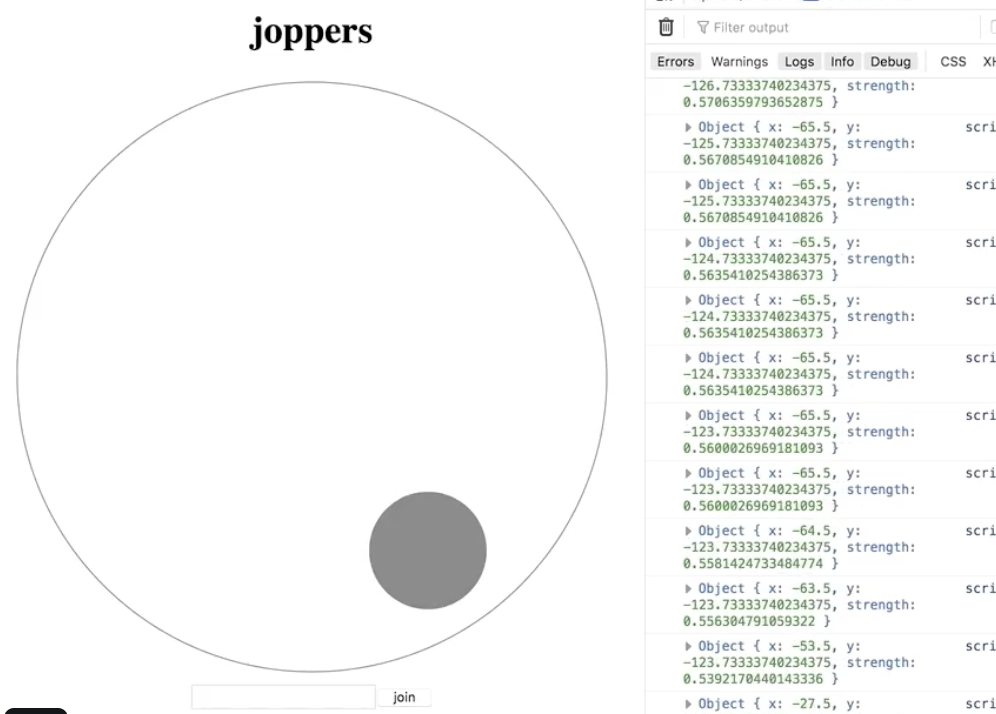 Jessica worked on making a super smooth joystick in native javascript that could open on any phone, and on connecting the server up so it could integrate into Unity.

And with that, we had the first playable build! We could connect in with our phones, and have a duel. It was time to bring in some friends. 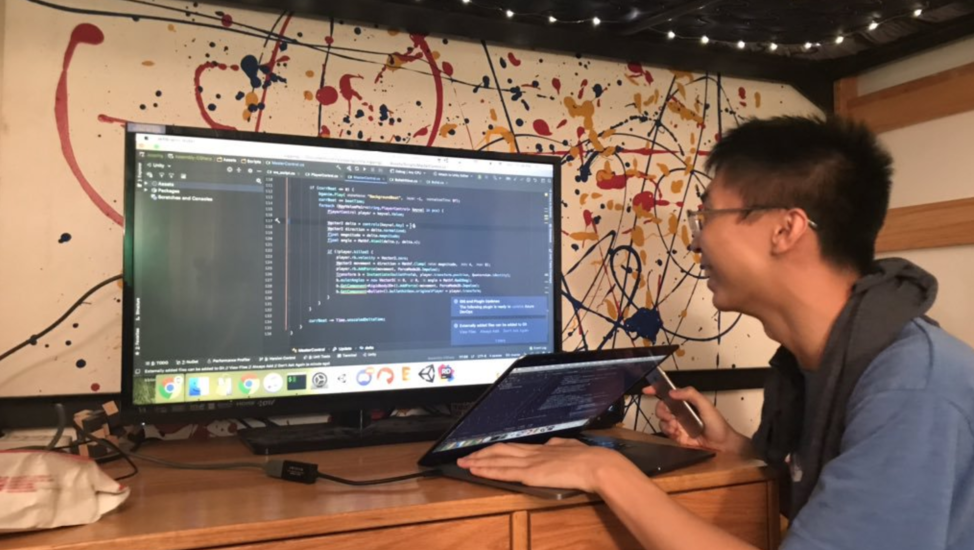 This month was a return to form. Ever since Rain Project, I've always had this urge to make a true boss battler, combining platforming and bullet hell. With November's Omakase, I finally took the dive with Bullet Dance. I'm super proud of this month's

"Diplomacy" is a rather infamous game among board game enthusiasts -- It's an experience known to destroy the deepest friendships and create mistrust that can brew for years. That was a bit of exaggeration, but there's a key reason that Diplomacy has